YOSHI PRODUCTIONS > ABOUT US > yohei_sato 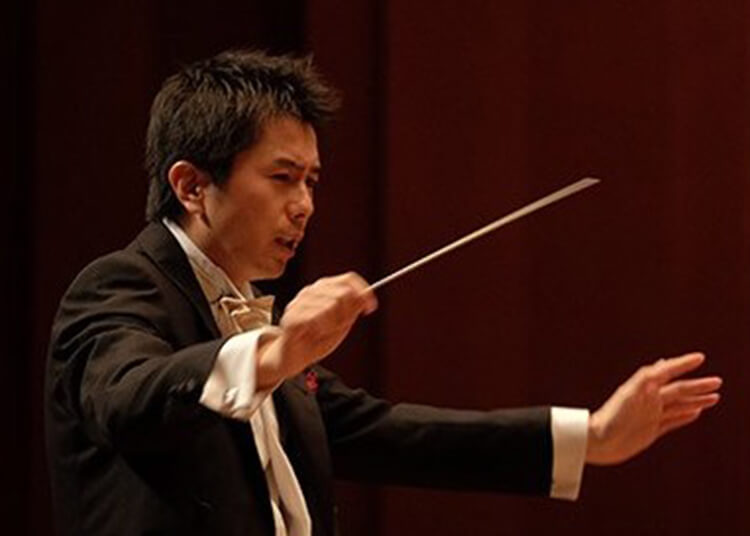 “From the very first rehearsal, Mr. Sato showed a high professionalism and talent. He creates very comfortable atmosphere in the group and it helps the musicians to focus on the musical goals.”

Mr. Sato debuted as a conductor in 2002 leading the Quincy Symphony Orchestra at their pops concert. He was appointed as an assistant conductor of the Sharon Chamber Orchestra in 2003, directed the Showa College Chorus in 2004 and 2005, Wellesley College Japan Club Chorus from 2005 to 2007, and Chorus Boston from 2003 to 2009.
For the 2003 winter concert of Chorus Boston, Mr. Sato recruited a chamber orchestra to perform with the group for the first time in its history, with a special guest appearance by the consul general of Japan. Mr. Sato was selected as the musical director and conductor for the Cambridge Tsukuba Sister City 20th Anniversary Concert benefiting the Indonesian tsunami relief effort featuring the cellist Mickey Katz from Boston Symphony Orchestra, pianist Victor Rosenbaum and the former director of Longy School of Music.
Mr. Sato also served as the assistant conductor of the Boston Civic Symphony Orchestra from 2008 to 2009, performing at Jordan Hall in New England Conservatory.
Additionally, he has appeared as the conductor of Melrose Symphony Orchestra, The Boston Conservatory Orchestra, Parkway Concert Orchestra, and Cambridge Symphony Orchestra.

Since its founding in 2007, Mr. Sato has been holding the conductor and music director position for the Boston Chamber Orchestra (BCO), and the group has been actively performing in the New England area with the guest artists including, Sergey Antonov (Tchaikovsky Gold Medal in 2007). Moreover, BCO was invited by the Buffalo Philharmonic Orchestra and the Foundation for the Jewish Philanthropies, to premiere and record Marcel Tyberg’s String Sextet at Mary Scaton Room, Kleinhans Music Hall in Buffalo in 2009. And stared Japan tour since 2013. The following year, Mr. Sato founded Youth & Muse, an international summer music festival providing opportunities and lessons by world-class instructors for young and talented musicians at The Boston Conservatory. Since 2011, the Youth & Muse held in Japan to continue its fame as a high quality music festival for young musicians in the world.

Aside from his career as a classical music conductor, Mr. Sato served as the music director and conductor of Video Game Orchestra, which consists of chamber orchestra, choir, and a rock band, since the beginning of 2009. The group has enjoyed successful concerts around the Boston area including a concert at Berklee Performance Center and Symphony Hall. The group and Mr. Sato been featured at many events, such as Anime Boston and PAX East as well as on the media, NECN, The Boston Globe, and many local presses.

In 2010, Mr. Sato was invited to conduct the Bartok Piano Concerto with the National Theatre of Opera and Ballet of Albania in Albania. In addition, he was selected as one of the semi-finalists of the American Prize Conducting Competition. In Addition, Mr. Sato joined the Music Committee of the USA International Music Competition.

In November, 2011, Mr. Sato had a concert for Tohoku Earthquake with the Prague Chamber Orchestra for “The Charity Concert for the Orphans of Japan Disaster” in Czech Republic. Mr. Sato also had a tour in China with the Video Game Orchestra in November, 2012.